Cracked On The Climb 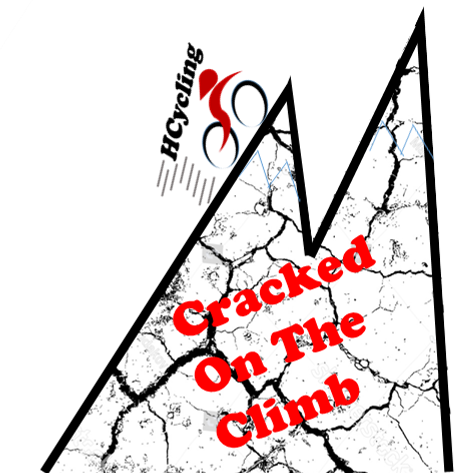 As they say, sometimes you get the bear and other times the bear gets you. After a great 3 months of training, the weather finally cooperated for a long ride and decided the Skyline Drive would be a great spot to get in some climbing. A group of 6 left the parking area and ventured up the first climb.  Just to refresh your memory, you are immediately greeted with a 6.1 mile climb of 1571 feet, with a grade of 5-6% for the duration. There is no place to get your legs warm, but hey that’s why we are climbing. Having had a great breakfast and being well hydrated and downing some Sport Legs to help beat down the lactic acid, I was ready. Well about 3 miles in, I slowly drifted to the back of the group, wondering what is going on. I am not the strongest climber, but with this group have always been near the front. Hanging in the back, I found my rhythm, but my legs felt like someone had poured concrete into them. I switched gears, stood up, sat down, shifted my weight. I noticed that I was already riding my 54×25, but while looking down, realized that was the end of the gear sequence. Mistake #1, if you are going to climb over 5,500 feet, you might want to have that climbing gear. My mind quickly started to rationalize, well of course this is why I am struggling up the hill. As I pressed on, I collected myself and started to edge from the back of the pack to the middle, as the climb was beginning to split our group, I was starting to feel better. We crested the first big climb and on the descent felt like now that I am warmed up and with a good 10 minute recovery descent, all would be good. Climb #2 is where the grind really began. Again nothing in my legs and now my heart rate was starting to creep up to max, not good. As I trudged up this climb, I started to rationalize that it must have been those two back to back climbs up Alpe d’Huez the previous week, Half the distance, but twice the grade. Oh that must be it, I’ll shake it off. Fortunately the second climb is bit shorter, so the grind was a little less painful. Same thinking on descent #2, but now, within seconds of the beginning of the third climb, I was in trouble. I downed a gel, an energy bar and started to rehydrate knowing that I could refuel at Elk Wallow Visitor’s center. It was a long and torturous hour over the next two climbs and on the descent into Elk Wallow started to rationalize my rehydration plan. In the shop, I started with a jar of pickles and added a few more energy bars and a coke. That should do the trick. After a nice rest and becoming the visitor center hero, by passing out free pickles. Everyone thanked me and said what a great idea to eat pickles. Feeling ready to roll, 200 yards into the climb, the demons started creeping in again and with each crank turn, wondered how long can I keep this up. Normally we break once or twice at the lookouts, to enjoy the scenery and catch our breath and get our legs back after these long climbs. I had to stop twice on the first climb, as my mind was not cooperating with me. After another long grind, I crested the first climb and a nice long descent followed. On the way back there are only 3 climbs instead of 4, I have never figured that out, but was very glad about that today. All my re-hydration didn’t appear to being helping, so the grind continued for another 45 minutes until I could finally see the clearing at the crest and lookout of the last climb. I rejoiced knowing that I now could cruise in for the last 6 miles back to the car. Well wouldn’t you know it, 2 other riders appeared and they decided that there was some sort of King of the Bottom (KOB) prime and the race was on. Oddly enough my body was completely comfortable with pressing it down the hill. Finally, the guard shack and the parking lot, just another minute away. I was never so glad a ride was over, but felt relatively good that I grinded through, but absolutely miserable. It was a very quiet ride home, the post ice cream stop was great. There is nothing with a delicious frozen custard to boost your spirits. The next two days didn’t make me feel much better and it looked like I was coming down with something. My mind was now satisfied that was the cause to this horrible climbing day, but off to the Doctor to see what is going on with me. More to come . . .

← Climbing Alpe d’ Zwift
To Zwift Or Not To Zwift →