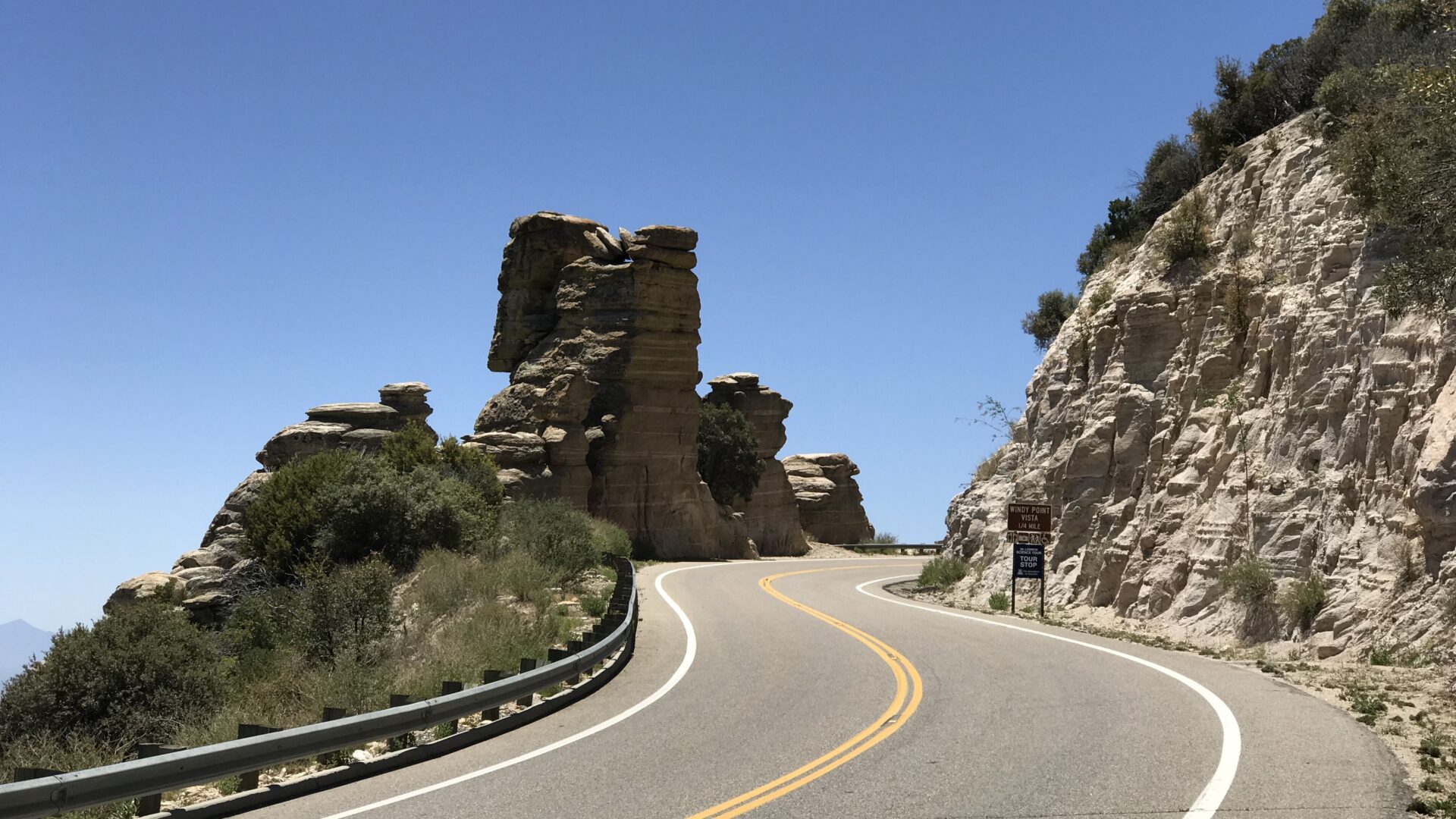 Inspired by the Col Collective Cycling Video Series, HCycling takes you on some of the most interesting climbs in the United States. The first in the series is Mt. Lemmon in Tuscon, Arizona.

Cycling up the Mt Lemmon Hwy in Tucson, Arizona is an epic ride that rivals some of the best climbs across the country and in Europe.

Tough as that may seem, the scenery is breathtaking and the descent, will leave you wondering if you should do the ride over again, just so you can make the descent.  The road is in great shape with a bike lane for a significant part of the ride. On the way down, you don’t need the bike lane as you will be flying down at the same pace as the road traffic.

According to “The Complete Guide to Climbing by Bike”, John Summerson’s book, Mt Lemmon is 33rd on the list of 100 toughest road bike climbs in the US, with a rating of either “hors category” or “category 1” on the scale used to rank the climbs in European stage racing.)

Mt Lemmon is right up there with the famous passes in the European tours: hardly anywhere else in the US can you climb so high for so many miles in succession. That’s why, every winter, Tucson sees packs of riders in matching jerseys, many of them speaking languages other than English crushing it up the mountain.

I rode in September, which was quite comfortable. At 6:30 am it was already in the high 70’s, which is quite comfortable, but the temperature did drop into the 50’s approaching the summit.  It is always good to carry a gilet, as the descent will definitely cool you down really quickly. Starting this early also provides an extra bit of exhilaration, as you never get tired of seeing the sunrise on a ride. The ride starts with a very comfortable mile to get your legs loose and warm. You are riding through low desert terrain and you are then greeted by some large saguaro cacti and the road takes a long lazy turn to the right and you are introduced to an immediate 6% grade as the climb begins.

One of the truly enjoyable aspects of this climb is the changing terrain as you ascend from the desert to the saguaro forest, the high desert forest with pine trees and some spectacular rock formations and ultimately as the tree line begins to fade as you near the summit, the vistas across the desert floor are quite breath taking.

Make sure you catch your breath, because once you reach the summit and turn around for the descent, that is the most breathtaking part of the day. The climb up was completed in a comfortable 2 1/2 hours, and the descent, less than 45 minutes. This climb is highly recommended if you ever get down to Tuscon, you won’t be disappointed.

The map for the ride with the elevation gain is provided by Ride With GPS. 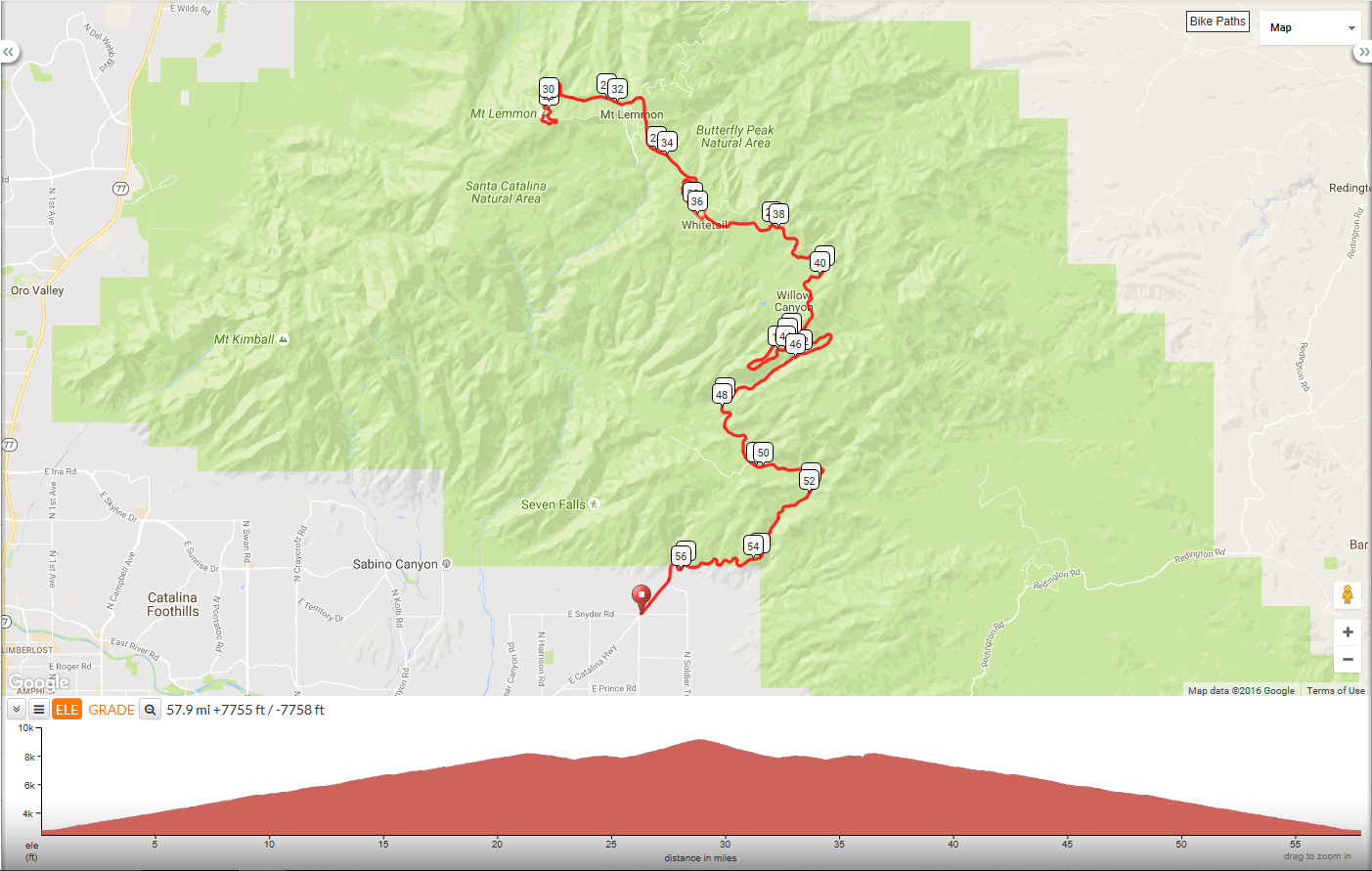 Thanks to PJAMM Cycling, they have captured this video summarizing the climb.