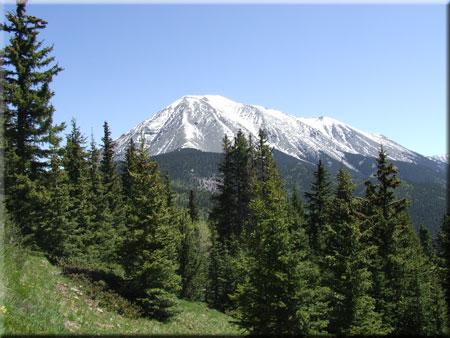 Everyone says that Mont Ventoux is one of those epic climbs that you just have to try. Well, with the winter in full swing in Virginia, I thought I had to to give it a whirl and thinking that I was prepared for this climb was a bit of an understatement. Newly equipped with my Wahoo Kickr and FulGaz (Advanced Virtual Cycling) I had the opportunity to ride it in the comfort of my cycling studio. More on that in a future post. It seems that besides Alpe d’Huez this is one of the most feared climbs of the Tour De France.  At 1,912m, it is the highest mountain in the French Alps and has been nicknamed the “Beast of Provence”, the “Giant of Provence”or “The Bald Mountain”. The start for the route leaves through Bedoin.  It is worth noting that the ascent from Bedoin is the most difficult of the 3 routes up Mont Ventoux, “my bad”.  For the first 6 km, the climb seems somewhat normal and then there is this dreaded hairpin to the left and all of a sudden you are staring at a much steeper grade.  The gradient seems to hover around 9-10%, more near 10%, but who is counting. The Kickr does an amazing job of matching the grade through FulGaz taking control of the resistance on the trainer.  There are a few bits of the climb that jump to 12-13%, just to let your legs know who is in charge. Let the sufferfest begin. At about the 16 km point, you break out of the trees, and you enter the lunar landscape of Ventoux.  The bald, rocky peak is now visible, and it is very intimidating staring at the tower realizing there are still 6 km to go.  As you near the summit, you notice the granite markers with some gifts, left at the site to honor Tom Simpson. Top British rider Tom Simpson died on the ascent of Mont Ventoux aged only 29, the marker has become a pilgrimage for many cyclists. The gradient is a little less forgiving at this point, but the climb is still relentless. When the grade drops down to 4-5% in a few spots, you feel like you are spinning at some tremendous speed, but the power meter says different. The power numbers are climbing, but the speed does not seem to match the speed numbers so well.  The adrenaline really gets pumping as you near the summit, only to make that right hand hairpin turn and realize the grade just jumped up over 10% again.  To sum this ride up, it is possibly one of the most feared climbs and is not for those who are new to road biking, but rather for experienced riders looking for a challenge, and what a challenge it is.  The particulars for this climb are Distance  is 21.4km, expected time to complete is  2 – 3hr with a vertical gain of 1639m. The Pros can complete the climb in an astonishing hour, for me 2:12, but I will take that.